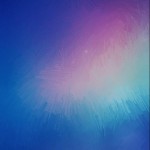 As far as humanities go, I interact with humans most everyday; strange and bizarre creatures, most of them mad. I volunteer at the Black Bear Exchange on Campus, that's about as far as I go with humanitarian efforts.

As far as technology goes, I'm a pc gamer and I've modded games in the past which takes a mediocre amount of skill. I also do videos every now and then which I write for, film and edit myself.

I've made websites in the past and know html and some css. I also learned python last semester as my first programming language. I did enjoy making a text based variant of battleship for the class.

I'm very interested in game design and film making I spend far too much time playing games and hear youtube nerd opinions on them.

I'm fairly so green minded, probably more so when I move out and get my own place. Until then I just keep after my parents by turning lights off and trying to remember to compost.